An Interview With Respondent's CEO and Co-Founder: Jack Pratten

We chatted with the man behind Respondent. Find out about Jack Pratten's upbringing, the making of Respondent, and what's in store for the future.

Respondent is changing how companies connect with their audiences for research purposes.

By bringing high-quality participants to researchers, we’re streamlining and speeding up the entire research process – saving businesses a ton of time and money.

On the other end of things, we help people create an impact on the world around them by participating in industry-changing studies.

But ultimately, we’re all about people – the people building great products, the consumers, and the general public.

That’s all well and good, but who is the person building it all? Who is the face behind Respondent?

Introducing Jack Pratten – the founder and brains behind one of the fastest-growing user research platforms on the internet today.

We chatted with Jack about everything from his upbringing to his introduction into professional life, his inspiration for Respondent, the ups and downs, and where it’s all heading.

Jack grew up in Outback Australia, helping on his dad’s farm, inventing and building anything and everything, and waiting for the much-anticipated sound of rain each year. The tough landscape meant that Jack’s life was always dictated by weather, which has grown increasingly unpredictable and harsh over the years.

Being raised by a mother working as a landscape designer in a place without much greenery and a father on the farm in the plains of the Australian Outback, meant that Jack grew up learning how to make a lot out of, frankly, not much at all. 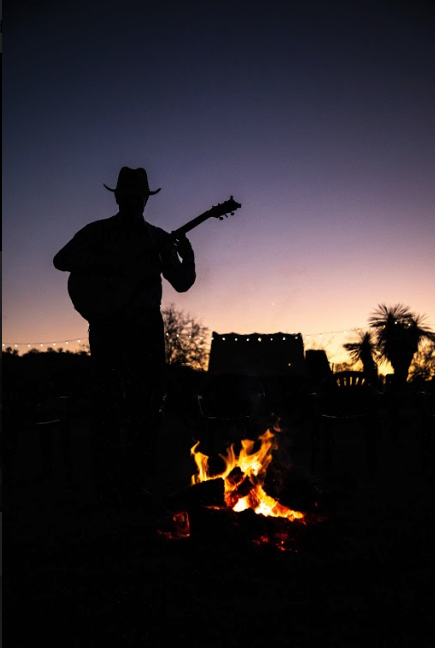 Maybe this contributed to his creative and resourceful mindset, ultimately leading to Respondent's creation.

After leaving University, Jack tried his hand at a few things, finally landing on film. This came after helping his sister with a project in South Africa where they got to interview and film Nelson Mandela – this being one of the last videos of him before his death – which in itself is pretty incredible.

This is where Jack’s entrepreneurial career began when he started building a filming company focused on acquiring, editing, and selling camera phone footage. And for a while, they did quite well, working with some big names such as Maclaren, Samsung, Pepsico, Unilever, various festivals, and more.

The turning point – and the beginning of Respondent's journey – was when Jack and his team found themselves stumped by their research findings into scaling their filming business. Basically, they found out that it was pointless. There were no pain points that their product was solving. So they started winding down the business, and Jack became obsessed with this notion of 'Research':

“And that's when I became obsessed with research. If we had done this three years before, we would probably have never started [the filming] business, and we would have saved half a million dollars in 24 months' time.”

After that, Jack dove head first into the world of research. He checked laws, spoke with marketing teams, interviewed researchers, and looked into the whole process and how it worked. The outcome? He was baffled at how problematic and chaotic it was. But mostly, he was shocked at how hard it was to find high-quality participants and how everyone just accepted it.

Jack identified a participant sourcing crisis that had become the norm in R&D and among researchers.  This crisis ultimately created larger problems for companies and their products and became a scapegoat for failure – ”Oh! but we did our research” brands would say when things went wrong. “Well, obviously not well enough,” Jack thought.

And that’s when the journey of building Respondent began – with the idea of creating a database of business professionals that we would know better than anyone else. And by that, Jack meant far more than just industry, title, and location. He wanted to understand what frustrates people at work, what tools they use and when, how they see the future of work, participant signup times, their engagement levels, and more.

“We wanted to really tap into the psyche of business professionals.

Research has told us over and over again that the quality of participants is the lifeblood of a research study. So Respondent was about building a platform that would ultimately help raise [participants] like no other platform in the world.”

Respondent’s first client was Jack’s ad-agency-owner friend, who needed ten Spanish speakers to participate in a copy study for a tequila brand. Funnily enough, he found ten very willing – and what he thought were – Spanish speakers on a New York subway.

After trekking across the city with a group of young tweens, he soon realized that only three of them could speak Spanish – not the sample size his first client was hoping for.

Not a total loss, though, as later, this story was the inspiration for a foolproof screening and selection process for high-quality participants now used by hundreds of brands – and it’s a funny story to tell people at parties.

Fired up and ready to fix the research industry, Jack teamed up with a senior developer, Pierrick, and an experienced researcher. The latter, Harry, witnessed the crisis happening for years and shared Jack’s frustrations. With the balance of past insight, fresh eyes, and tech knowledge, the three quickly got Respondent up and running.

Duct-taping different software to make the platform work, Respondent – or what it was then – started tackling the participant recruitment process. After a lot of trial and error, scraping countless LinkedIn searches, scouring Craigslist, and physically recruiting people on the streets of New York, things started moving.

All through 2017, 18, and 19, Jack’s and his partners’ main goal was to build Respondent into a fully functional, all-in-one-place database and participant sourcing platform.

Although there were a lot of bumps in the road in those early days – such as the initial problem with recruiting, building a functional remote team, and then actually leading them to turn the vision into a real, working business – there were also a lot of wins.

Jack quickly realized that his childhood experiences gave him the tools and strengths that led to Respondent.

“My strength was building something and getting scrappy with tools, taking responsibility for what was being built, doing it myself, getting it out the door and into the hand. So I think we did a really good job of making something out of nothing. We were incredibly resourceful.” 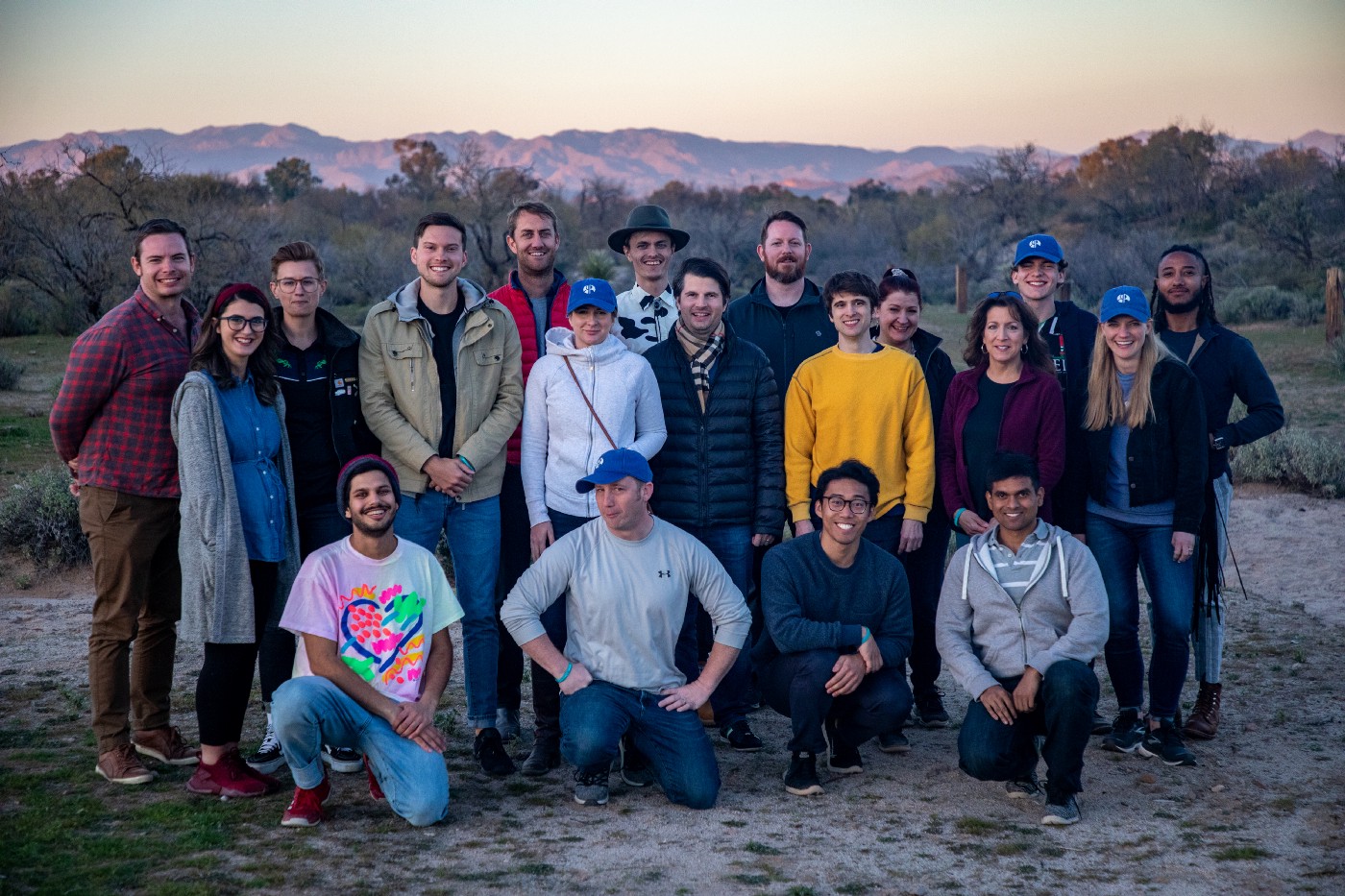 Fast forward to 2022, Respondent has worked with some of the best research teams and companies out there, such as Canva, AirBnB, GoDaddy, Microsoft, and IBM.

Jack recalls a time when he was fascinated by AirBnB’s growth and business model. Now, the same companies he used to study and admire are using Respondent for their own research purposes, fixing their products with good quality research and shaping the future.

You could call that coming full circle, or we can all agree that Jack Pratten saw a huge gap and fixed an industry-wide problem.

So what’s next for Respondent?

Jack wants Respondent to become the internet's number one participant recruitment platform. And he plans to do this by making it easy for all B2B research teams to effectively tap into the psyche of their audiences.

And now, the next steps involve cutting down the recruitment process steps to create 1-click recruiting as well as an automated pairing and scheduling tool.

Research teams should be able to quickly and easily gain a deep understanding of their target audience, so improving the accuracy of the screening process is the current priority.

With more growth and many more wins to come, we’re eager to see what Jack and Respondent achieve next – and we're honored to be a part of that process here at Respondent HQ!

5 Researchers Share Why They Love Respondent For User Interviews

Read on to learn how five user researchers have used Respondent, and why they love it!

We are proud to showcase our 1.5 million verified participants on Respondent with our new infographic.

We’re happy to announce that Respondent will be the official sponsor of the Good Research Conference!